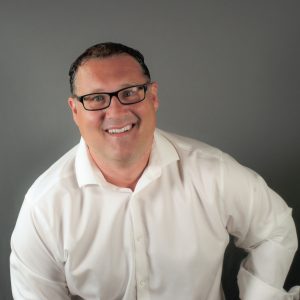 So what do you want to know?

Let's start with I'm married to a girl I met in the Air Force.

No...not in Basic or Tech School. I know what you were thinking.

We were both F-16 mechanics. She beat me in the fit test run the first and only time we ran it together. It was my best time ever. Her slowest.

I hated the PT test. Yep, I'm the one who would fail it, then be put into the "program". I passed it when I absolutely needed to. I fell into the try & try again camp.

Somehow I managed to get that girl to marry me. Good for me, not so much for her.

I missed a lot of her pregnancy to our daughter while in Afghanistan. Through many miracles coming together I made it home two days before Stella was born. I was scheduled to miss it.

Three months later I left again for training. I missed 4 out of the first 7 months of my daughter's life.

I didn't feel in control.

It never mattered before when I was single. Not even as much when I got married. But now that I was a father I felt it, especially after our second child, Max, was born.

I decided to start a photography business on the side. I only had 2 more years before I could retire and I knew I didn't want another job.

We were getting by living paycheck to paycheck but I knew there was more. As a husband & father "getting by" didn't make me feel like the provider.

The side business seemed to be going pretty good. At least good enough to make me believe I could do it full-time when I left the military.

So I retired, proud of who I was and a part of. You know what I mean.

Then I found out that the actual part of leaving the military wasn't the scary part.

The scary part was when I showed up to work in my home office and soon realized that there wasn't a paycheck anymore. I had to create it.

Then not only create a paycheck, but bring in enough money to cover the cost of running my business and pay my taxes, with the hope that something was left over for me.

How do you think I did?

If you said, "Chris I think you screwed up so badly, didn't know a thing about running a business and therefore made your wife seriously contemplate kicking you out!" You'd be right!

But there was one problem.

I didn't want to be the guy who tried to start a business and failed. All of my family, friends and military buddies were watching me.

I didn't want to go through the embarrassment of having to get a job after all my tough talk about starting my own business.

The embarrassment scared me.

The embarrassment is what motivated me.

I just wish it didn't take me so long.

My wife wishes that too.

Maybe that's because I know what it's like to be part of the military.

I know about the sacrifice made by you and everyone close to you that the outside just doesn't seem to get.

I know how the scariest part is on the way to the war, when you have all that time waiting to get there alone with your thoughts.

It's that silence between you and your family while you're packing. The silence because in that moment what else is there to truly say.

I know about how the only thing you want to do before you leave is hold them, smell their hair, kiss them.

I know about that helpless feeling of wishing for the power to change the world at that moment.

Then knowing you can't.

It's also about him.

While in Iraq as an aircraft mechanic, the hospital would pull us over to help transport wounded from time to time.

There were six of us, plus the nurse. Three of us were on each side while carrying him up the ramp into the aircraft. She walked beside us holding his life support.

His head was swollen and bandaged from the explosion.

I asked the nurse if he'll be ok.

"We're just trying to keep him alive long enough to get to the hospital in Germany, so his parents can see him alive one more time."

He was young, early twenties.

I thought about him. How everything he wanted to do in life was now gone.

All his hopes and dreams for his life, gone.

Everything he loved to do, no more.

His parents. They had to fly from the states to Germany knowing this the whole time. Can you imagine? It wasn't fair.

The outside world doesn't get it. They don't understand when you or someone you love is in the military the sacrifices that are made. They don't know what it's like to possibly say good-bye to everything you love in this world for a higher cause. They don't even understand that higher cause, even though they live it everyday and we fight for it, for them.

They don't get what it's like to say good-bye, to physically let go, to walk away.

Because there isn't anyone who deserves security & freedom more than us!

There, I said it!

We value your privacy and would never spam you